Animal Crossing: New Horizons update 2.0 arrived a day before its scheduled release date. While players don’t know if this was an intentional move by Nintendo, they have been able to enjoy the new content and interact with all the new villagers that were added with the latest version.

Along with all the new content that has been added to the fifth entry in the long-running franchise, Nintendo also introduced Happy Home Paradise. This serves as New Horizons first paid DLC.

In a nutshell, Happy Home Paradise is like a game within a game, which will allow players to create destination homes for the villagers on their islands.

However, fans have reported some glitches and bugs that have shipped with the update, which Nintendo is currently trying to fix.

The developers threw more light on the bug that is messing with players’ save files. Furthermore, the Japanese studio also warned the owners of the DLC packs about remodeling their homes when airport gates are open.

This glitch adversely affects the Animal Crossing playthrough, especially if players invite their friends to their islands.

The studio revealed that it is working on a fix. Meanwhile, developers have urged players not to refurbish new homes when airport gates are open. Instead, they should log out and re-launch the game to avoid the bug.

In addition, several Animal Crossing players have reported that the items they owned went missing after the update. The reason behind this is unknown. However, as a temporary workaround, these items can be spotted in the Resident Services building.

Brewster and the Roost have finally returned to Animal Crossing: New Horizons. However, players have to follow a set of guidelines in order to unlock him. Players will have to watch a tutorial and travel to Harv’s island in order to bring Brewster to their islands. In addition to the above parameters, Animal Crossing patrons will have to raise their island rank to 3 stars. 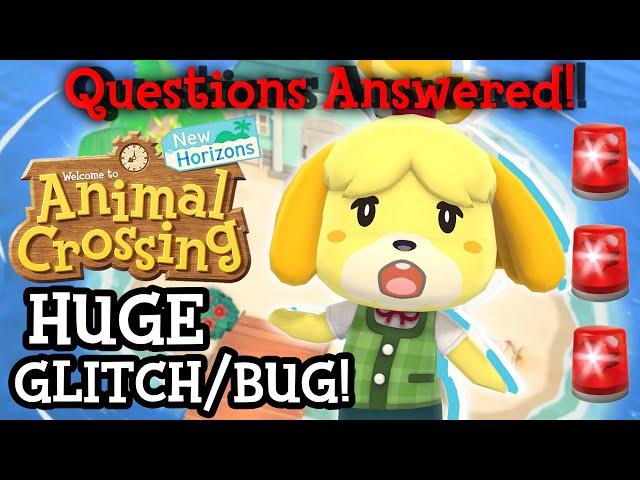 K.K. Slider is set to visit the player’s island once after the update. The new content update has also added new K.K songs to the title. Once K.K. visits for the first time, players can freely move around new areas and try to bring new villagers to their islands.