BC Aunty of Apharan 2 fame spotted Cristiano Ronaldo while on a vacation in Serbia. She has excitedly shared videos on social media. 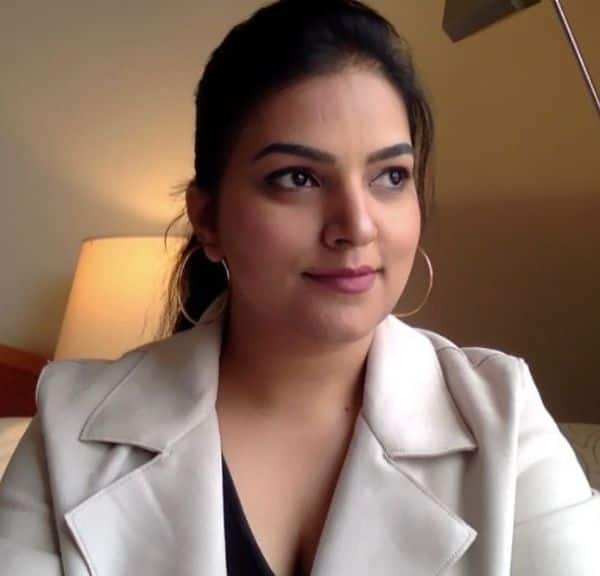 Apharan actress Snehil Dixit Mehra was recently in Serbia. The lady had a fan moment of sorts when she spotted Cristiano Ronaldo. The Portuguese footballer is one of the greats of the modern game and enjoys humongous fan following all over the globe. The lady who is known as BC Aunty to fans said that she was blessed to be housed in the same hotel as the soccer star. They were in the Hyatt Regency in Belgrade. She has shared videos where we can see Ronaldo in a sea green hoodie jacket with track pants. He is seen signing autographs for some kids. Also Read – Anushka Sharma joins the ranks of Oprah Winfrey and Cristiano Ronaldo by getting an interactive figurine at Madame Tussauds, Singapore

The reactions of actress Palki Malhotra on her posts are hilarious. It is evident that she is a also a fan of the handsome footballer. She said that she was dying on seeing the videos and felt like kissing Snehil’s eyes. The lady is in Serbia for a vacation. Compared to many places, the number of covid patients in the European nation is kind of less. The shoot of Qubool Hai 2.0 has also happened in Serbia. Also Read – Tiger Shroff wants to work in a biopic on Cristiano Ronaldo

Cristiano Ronaldo was in Serbia to play a match between Portugal and the country. The football star made news when one of his old arm bands were sold for USD 75K in the country for a charity auction. We are sure that many fans of the soccer star are now envious of BC Aunty. Also Read – Ranbir Kapoor shows his adventurous side at a launch event – view pics!