From being an outsider to establishing herself as a leading actress in Bollywood, actress Bidita Bag has come a long way in her acting journey. Best known for her role in Sholay Girl on Zee5, Babumoshai Bandookbaaz, Abhay 2 and others, Bidita was recently seen in a mini web series called Teen Do Paanch which also stars Shreyas Talpade. Also Read – Mukesh Jasoos, Murder Meri Jaan, Teen Do Paanch – 9 web series we bet you haven’t heard about, but need to have on your watchlist

Bollywood Life recently caught up with Bidita for an exclusive chat wherein she spoke at length about her journey in Bollywood, how she survived during her initial days being an outsider, feeling scared to shoot in Covid-19 times and why people shouldn’t make actors their role models. Also Read – What to Watch this Weekend: Roohi, Time to Dance, Fauji Calling, Jathi Ratnalu, Qubool Hai 2.0 – 5 titles to satiate your binge-watching urge

Tell us about the audience response you have received for Teen Do Paanch. Also Read – Bidita Bag’s new photoshoot is a combo of monokinis and sarees and it’s sexy AF – view pics

I have been receiving a great response from the viewers online and I have been reading them diligently. Couple who are new parents, or expecting have been sending really heartwarming messages to me.

What intrigued you the most to take up the project?

There are many people in my friend circle who are trying to conceive baby but due to their busy life and daily stress, they are unable to. A couple of decades ago, it wasn’t that tough. Moreover, many people also don’t want kids because it won’t easy financially to raise a child. In this mini series, the couple adopts not one but three kids and takes up the challenge which you witness on the screen. I feel it was also a subject which was untouched so far on the celluloid.

How was your experience with Shreyas Talpade on the set?

He is a sweetheart, very cooperative, very charming, always full on energy. We shot the series in the extreme heat in Delhi. And since we had three kids on the sets, we had to switch off the air conditioners. At times, I was losing my patience but Shreyas was always cool and calm and he handled the kids pretty well.

It’s been more than a decade since you started working as an actor. How has your journey been?

Everyone’s journey is different. Earlier, I used to feel bad when I used to compare my journey with them. I used to feel despite having talent and skills, I am unable to get good projects while some get it quite easily. I couldn’t stand the success of others. With maturity, spiritual knowledge and understanding about life, I am now convinced that every individual life is different, its pace is different. Some might taste success early in life, some might take some time but eventually they will be in their happy place. This industry is mostly luck-driven. So when I accepted this reality, my life became much more easier. Now I only focus on becoming a better version of myself. I don’t have a godfather in the industry, I came to Mumbai without any contacts. Today, I have a strong hold in the industry atleast, I am getting a chance to work on varied projects with different kinds of roles.

How did you survive in Mumbai without contacts?

Before coming to Mumbai, I used to work in Kolkata where I completed my studies till graduation. After working for nearly 3 years, I did my own research about Mumbai and decided to move to the city. I used to do modelling. I knew that I would be able to survive till 6 months with the money I had earned from my modelling projects. So when I set my foot in Mumbai, I desperately started giving auditions from Mahalakshmi to Bandra to Oshiwara and so on. I used to give atleast 5-10 auditions in a day. I used to get shortlisted for some projects out of those auditions which would help me earn enough to keep me going. Luckily, I became the face of big beauty brands that helped me bag roles in films. However, a few years after 2012 had been quite challenging for me, be it healthwise or careerwise. I wasn’t getting much opportunities during that period of time. Those few years had been quite tough for me. Somehow I gathered myself up and managed to come out it.

Covid-19 had gripped the entertainment industry. What’s going through your mind?

It’s been quite scary for me to be in Mumbai and still go to work amid the ongoing pandemic. The initial months had been very stressful, I was constantly concerned for my parents. And now I tensed for myself as well because of the 2nd wave of Covid-19 that has grown much more stronger and widely affecting people of all age. One of my co-actor passed away due to the virus, many others have contracted it. I feel very scared. Though I haven’t taken up any new project, I will have to go outside and shoot. I think only actors are the ones who have to work without wearing a mask which is why I fell they are at maximum risk.

Social media users have been demanding actors to contribute or donate for Covid-19 relief. is it justified? 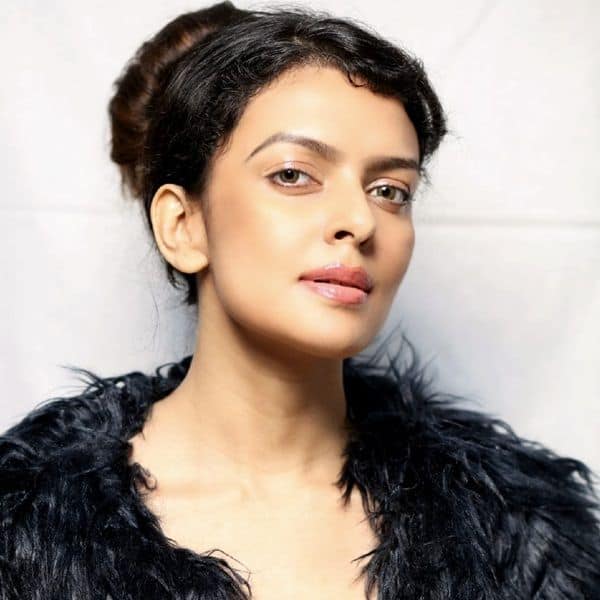 Definitely, actors are a bit more privileged than other people working in different industries because they have certain fan following. Actors are doing their bit to help those affected, even I have helped a few people. But it is not a good practice to put actors on the pedestal and make them your role models. Actors are also normal human beings like everyone else. Instead of putting pressure only on actors, everyone should come forward and join hands to help others.

Do you think OTT has taken away Bollywood’s star obsession?

It has somewhat come down a bit, but star obsession is here to stay in our country because people want heroes or leaders to look up to.

Nowadays, an actor’s success is measured from its social media followers. What’s your take on it?

It is really unfair to judge someone’s talent on their social media followers. People should get and give work on one’s merit and skills. ‘Proper talent pe dhyan de and unhe hi le, Instagram followers dekhke na le.’