Mac Jones is leading the race to win the 2021 NFL Rookie of the Year this season. But if there was an award for ‘the best teammate of the year’, Jones could have grabbed that too. In what was a brilliant Christmas surprise present, the New England Patriots quarterback gifted Bitcoin to the entire offensive line on Saturday.

The in-form rookie quarterback recently revealed that he was actively learning about cryptocurrency before making the grand gesture on Christmas day. He said:

“I’ve been studying Bitcoin for a while now,” the New England Patriots quarterback said via Bitcoin Magazine . “This year I just knew I had to give some Bitcoin to my teammates. So I reached out to Bitcoin Magazine and asked for help on how to give Bitcoin as a gift.”

Jones also approached fellow Alabama Alumni and CEO of Bitcoin Magazine David Bailey as the duo further surprised the entire offensive line with the financial education resource of a Bitcoin Magazine print subscription and passes to the largest Bitcoin event in history – the Bitcoin 2022 conference.

Mac Jones comes up with a brilliant gesture this Christmas

Bailey acknowledged the rising trend in Bitcoin and was elated by Jones’ decision to engage with cryptocurrency. The CEO stated:

“When Mac told us he wanted to spread the Bitcoin wealth for Christmas, we jumped at the opportunity to support him. Our mission is to make Bitcoin the de facto money of humanity, which means blending it into our popular culture. Bitcoin is for everyone, but the brave, optimistic, and forward thinking people who see the future are the ones adopting Bitcoin and sharing this important message,” Bailey said.

Patriots QB Mac Jones is giving his entire offensive line Bitcoin for Christmas this year.
See also  Barcelona vs PSG Streaming Details: All You Need to Know About Champions League Round of 16 Match

“I’ve been studying Bitcoin for a while now…I just knew I had to give some Bitcoin to my teammates.”

Patriots QB Mac Jones is giving his entire offensive line Bitcoin for Christmas this year.“I’ve been studying Bitcoin for a while now…I just knew I had to give some Bitcoin to my teammates.”What a legend.(h/t @BitcoinMagazine) https://t.co/E7Dg8zxobi

Jones’ incredible gesture made him the first NFL quarterback to gift Bitcoin as part of a Christmas ritual, where quarterbacks appreciate their teammates for all the hits and runs they make on the field. According to the magazine, Jones’ gift list includes David Andrews, Trent Brown, Yodny Cajuste, Yasir Durant, James Ferentz, Justin Herron, Ted Karras, Shaq Mason, Mike Onwenu, Alex Redmond, Will Sherman, and Isaiah Wynn.

Santa Mac delivered gifts to the offensive line today … and Ted Karras shares how it went down.

Santa Mac delivered gifts to the offensive line today … and Ted Karras shares how it went down. https://t.co/tZVPCLNxDy

“He did an outstanding job,” Karras said. “We got a big haul over here. I’ll let him explain everything that he got, but it’s a myriad of items each one cooler than the next. It’s one of the best efforts, especially by a rookie, to show appreciation and wish us a merry Christmas. I’m very thankful to him and very glad to be his teammate here in this Christmas season.”

With that move, Jones has now joined a long list of NFL players like Odell Beckham Jr., Saquon Barkley, Aaron Rodgers and reigning Super Bowl MVP Tom Brady, who either own Bitcoin or receive salaries in cryptocurrency.

Meanwhile, Jones is having a superb run in his rookie season with the Patriots, registering 3,168 yards, 18 touchdowns and 10 interceptions. Bill Belichick’s side are 9-5 this season and hold first place in the AFC East. The Patriots are slated to face the Buffalo Bills on Sunday at Gillette Stadium in Week 16. 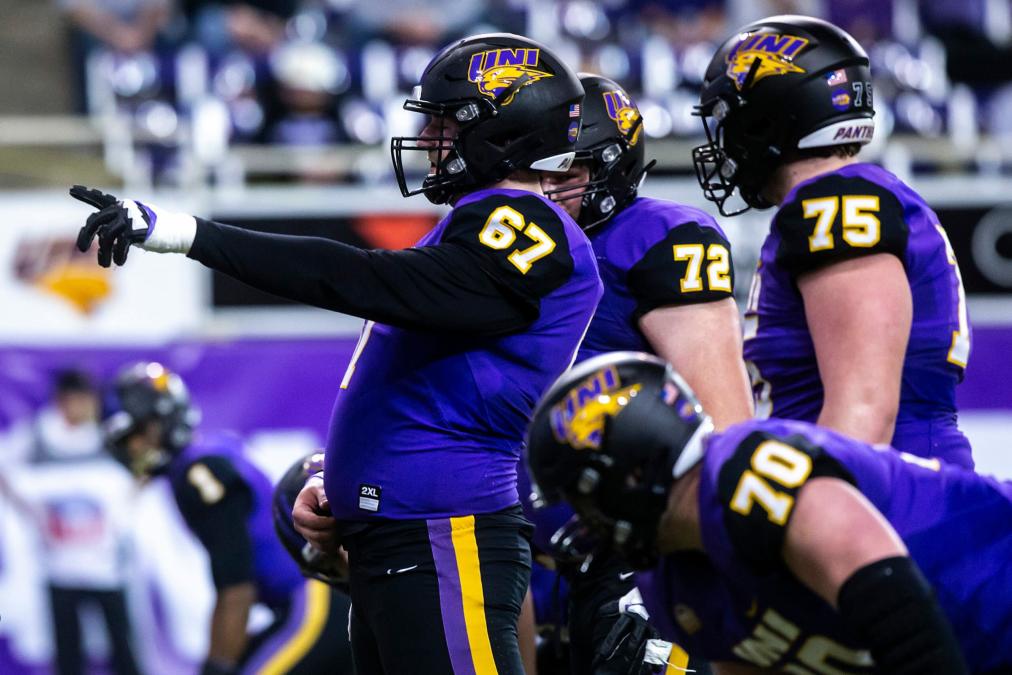