Aly Goni and Jasmin Bhasin participated in Bigg Boss 14 last year and painted the house red with their love. Though she initially denied having feelings for Aly, the Dil Se Dil Tak actress eventually confessed her feelings towards the end of the season. After Bigg Boss, Aly and Jasmin have been painting the whole country red and enjoying their dating phase. They had previously flown to Jammu wherein Aly Goni visited his family-mother, sister- Ilham Goni and her newborn and other nieces and nephews. Jasmin Bhasin had accompanied him too. Thereafter, they had chilled out in the snowclad mountains. And now, looks like they are yet again off for another vacation. Yes, Jasmin Bhasin and Aly Goni were snapped at the Mumbai airport in their casual best and were all smiles for the paparazzi. Aly Goni was seen wearing a Champion sweatshirt and denim. He wore blue and white sneakers and a cap. He had a strap of a backpack looped over his shoulder. On the other hand, Jasmin was seen in a black crop top and metallic white trousers. She paired them with stilettoes. Have a dekko at their pictures here: Also Read – Bigg Boss 14’s Pavitra Punia REVEALS she was mentally disturbed when Aly Goni went against her 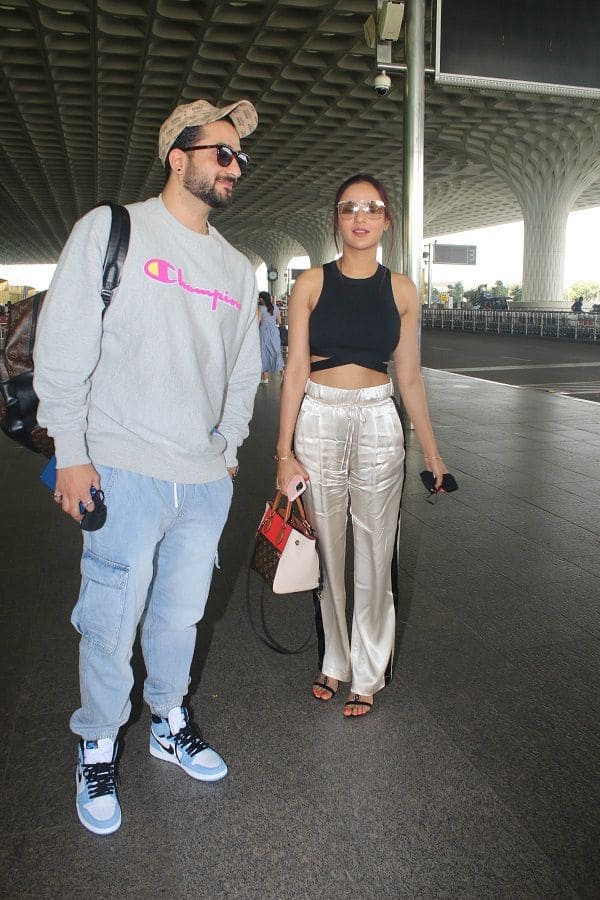 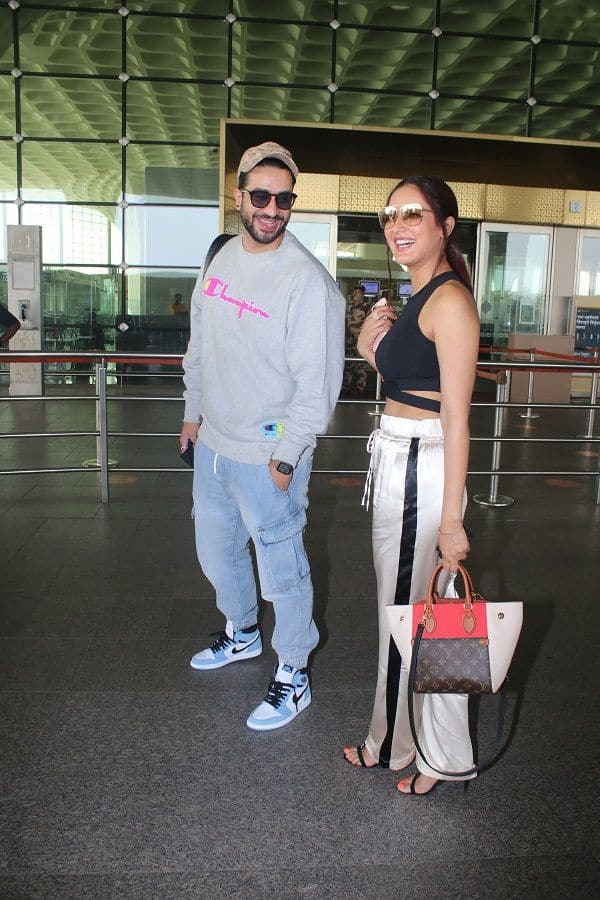 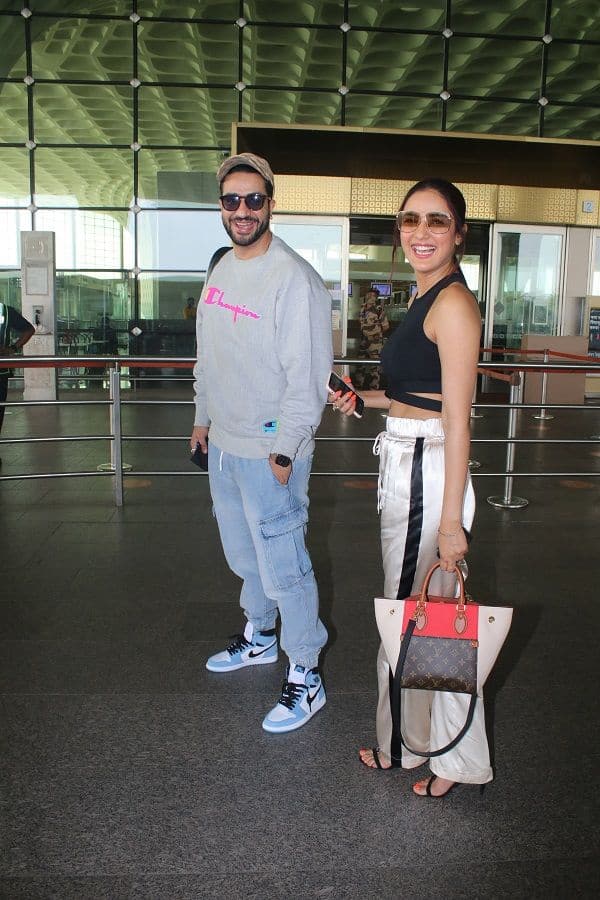 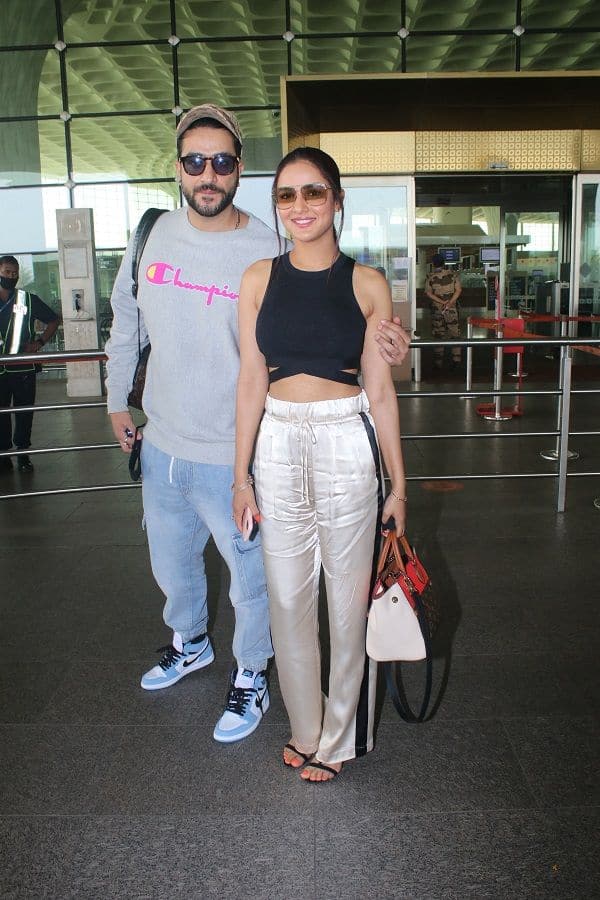 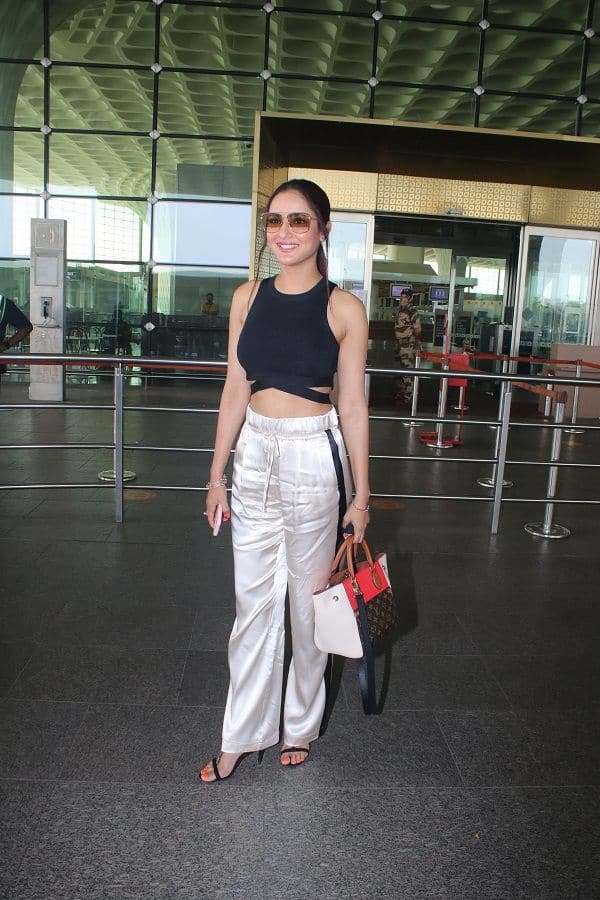 Aly Goni is very territorial when it comes to Jasmin. Back when she had re-entered the house of Bigg Boss 14 as his connection, he would lash out at anyone who would cross Jasmin. After his stint in Bigg Boss, the Yeh Hai Mohabbatein actor had opened up on his journey inside Bigg Boss. He had said, “I am a bit disappointed. Initially, I didn’t want to do Bigg Boss due to my anger issues. But then, I made it to the top 4. Everybody wants to be the winner but only one can win the show. I am satisfied with my overall journey. Even though I couldn’t win the show but I am happy that I played the game with dignity and won everybody’s respect.”

He had further expressed his desire to marry her saying, “I entered the show to encourage her and during my stint in the show, I realised that she is the one for me. Right now, I would love to spend time with her, take her out on dates. And if everything goes well, I would love to marry her. Inshallah.” Aly had also reacted to how her parents had been too strict with her when they had entered the house during the family week. He had said he would do anything to convince her parents to let them be together. “I want the best for her. I am in no hurry and would like to take things one by one. But if needed, then definitely I will do anything to convince Jasmin’s parents for our relationship and marriage.”