This is designer Rahul Mishra’s fourth outing at the Paris Haute Couture Week. Being the first Indian designer to have been beckoned by the committee of the Chambre Syndicale de la Haute Couture in the year 2020, Mishra has come a long way. He has been outdoing himself, season after season. His latest offering, titled The Shape of Air is inspired by his visit to Santorini, Greece with his wife Divya Bhatt Mishra and four-year-old daughter Aarna. Sometimes children end up making such deep observations about life and places that even adults fail to decipher. And his daughter helped him in diving deep into the imaginary world which was poetic and sublime. The designer gave life to his child’s curiosity in the form of his designs and every outfit turned into pieces of wearable art that simply mesmerised the onlookers.

Shedding more light on this, the designer wrote, “The collection, The Shape of Air is a dive into curious childlike observations – an attempt to recreate in couture, the Aegean sea as sun throws glitter on its surface, our very own blue sky with soft white clouds and salty wind that flows through the streets of Santorini. Also the cityscape, the architecture that is unique to the city, rendered in silken threads like lego blocks fixed atop a volcanic rock. The houses, cafes, churches and flowers soaked in the humid air around them.”

Intricate details rendered in hand embroidery—hand-cut and individually tacked on the bright-hued, ombre surfaces. Pinched, gathered and sheered lengths of tulle representing air and water in their different interpretations gave volume and movement to the otherwise sculptural silhouettes. To create a fluid bubble around the garments, the designer used dramatic draping of sheer fabric making it wearable artwork. 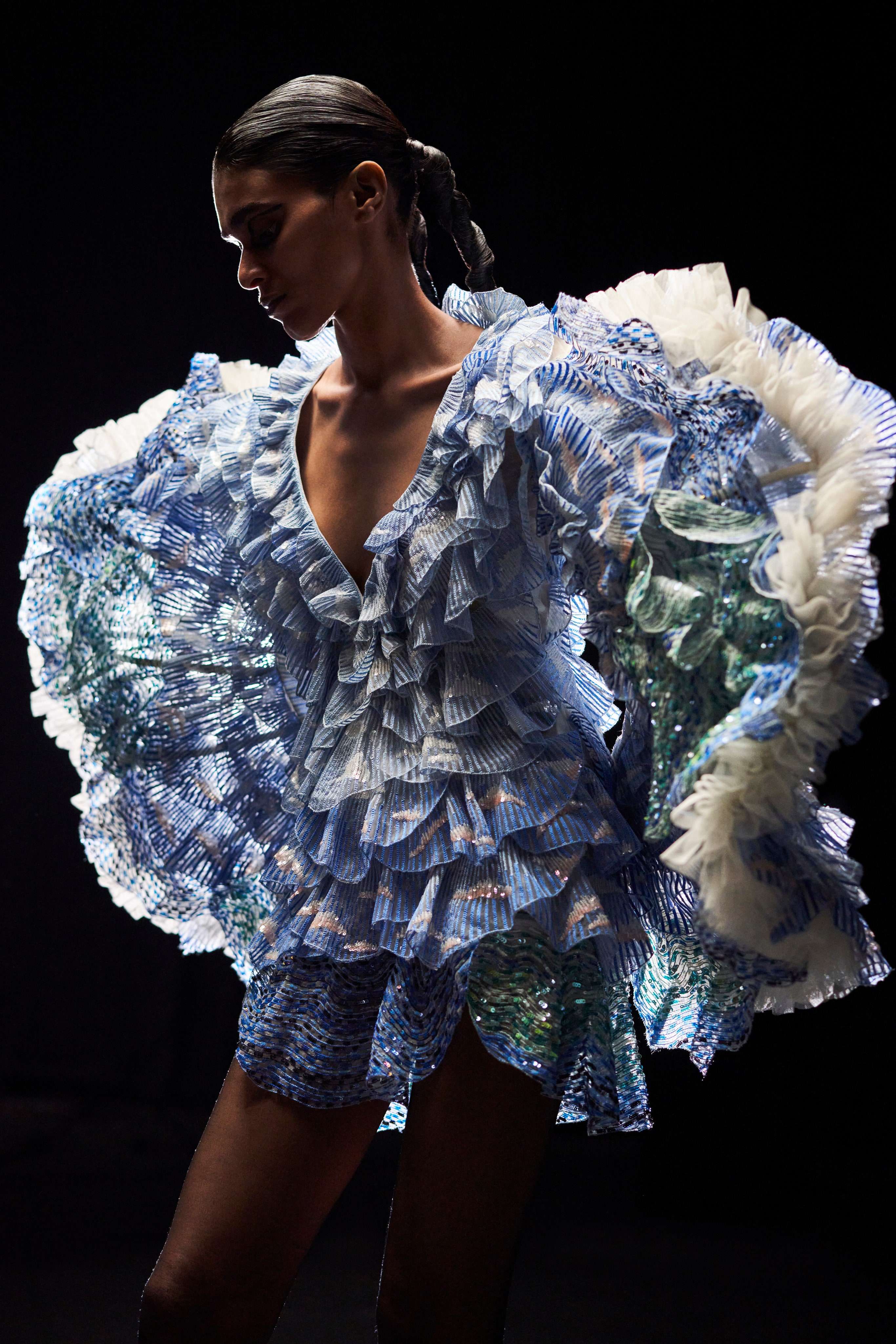 Paying homage to Rahul Mishra’s inspiring collection, asa beauty extended its offerings with the launch of a new eyeliner range and also some extension shades of the easy-blend concealers, powder foundation and the cult favourite lip and cheek tints. 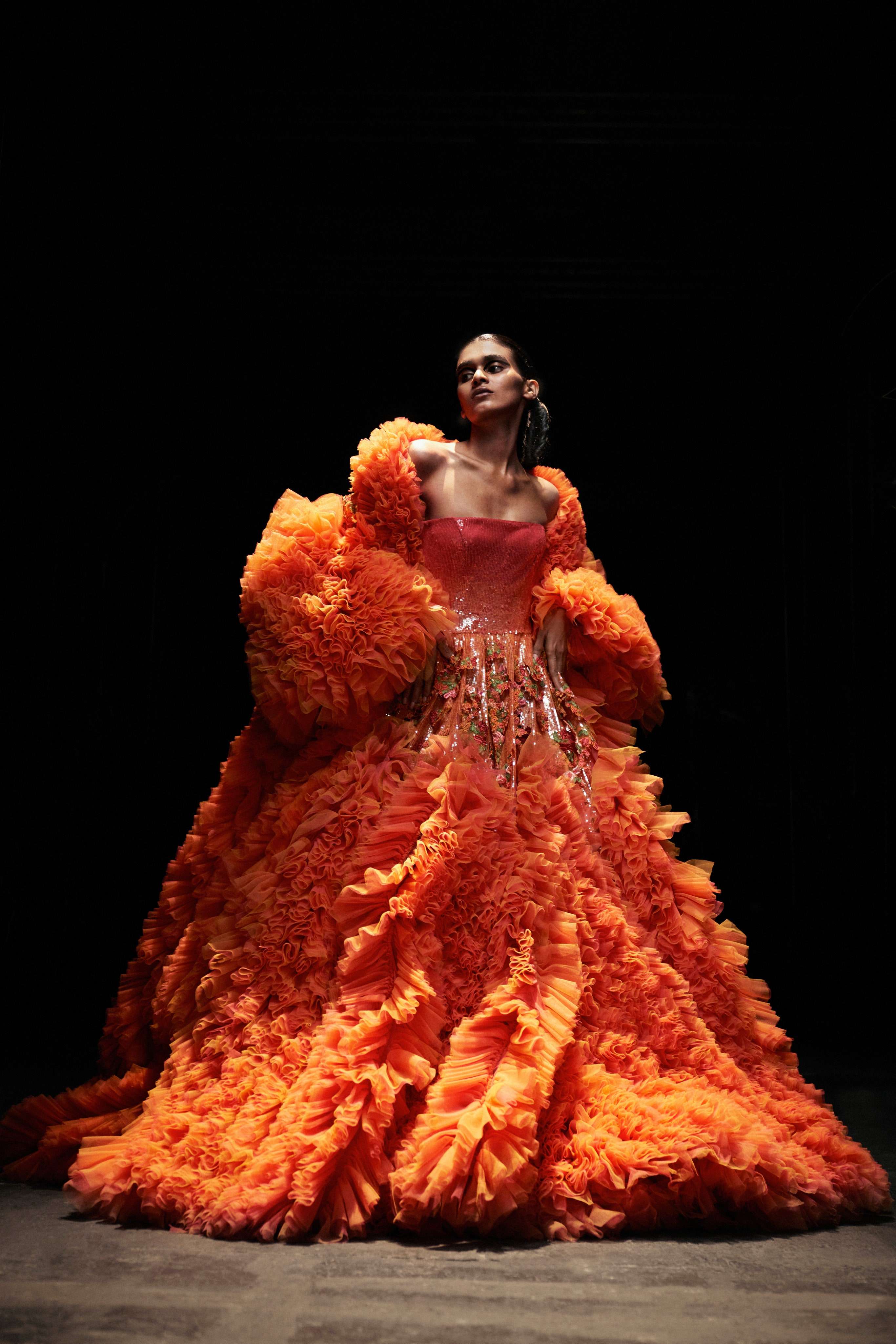 Co-Founder of asa, Sukriti Jindal-Khaitan, resonated with Mishra’s vision of sustainability and creating slow, mindful luxury, talked more about the association with the designer and said, “Our core philosophy of Clean Awakening resonates with Rahul’s mission to create sustainable solutions that are not only carefully crafted but also create a movement of conscious actions”. 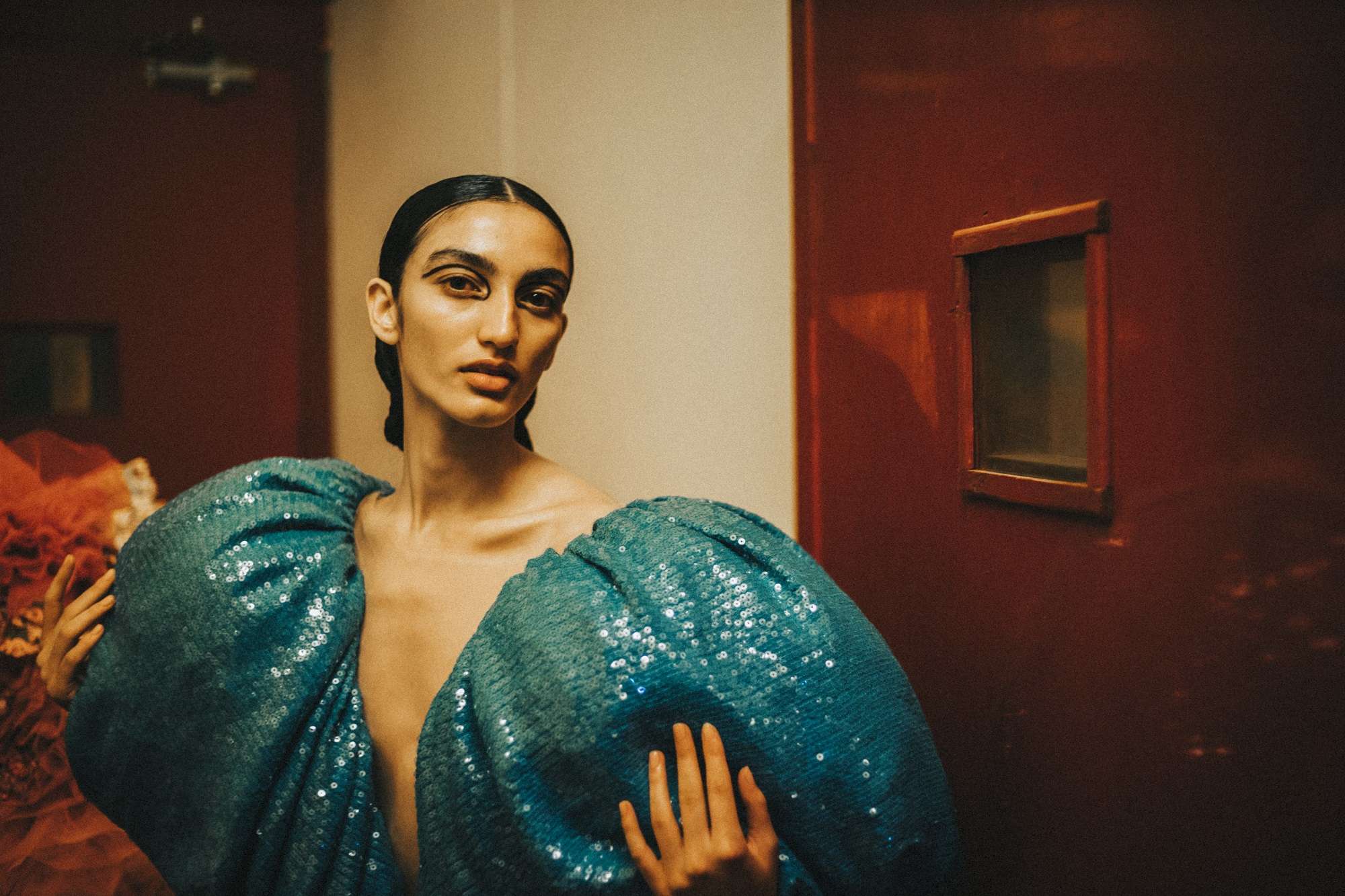 Rahul Mishra’s show was styled by Nikhil D and those graphic eyeliners and sleek hairdos complemented each and every garment created by the designer. The art installation was done by Ruchi Bakshi Sharma and Sanjeev Sharma.