While plaudits are surprised by the axing of Sunrisers Hyderabad skipper, David Warner took to Instagram after the development and shared a story. Warner seems to be missing the Rajiv Gandhi International Stadium in Hyderabad as SRH looks desperate to get back to winning ways. On Saturday, Kane Williamson was named as captain of SRH for the rest of the season. Also Read – Captaincy Boost For Steve Smith, Could Return to Lead Australia – Report

While it is not certain what forced the SRH management to take such a step, Warner could actually miss SRH’s upcoming match against Rajasthan Royals. Interestingly, the development took place soon after he questioned the selectors for leaving Manish Pandey. Also Read – Live Score RR vs SRH IPL 2021 Match Updates: Kane’s Sunrisers in Search of Desperate Win Against Rajasthan Royals

Just after the decision was made public, fans started stalking Warner on Instagram as he is very active there. He posted two stories – the first one showed he was missing playing in Hyderabad, the home ground of the franchise, and in front of the fans. In the next story, he also thanked one of the fans for crafting his wonderful painting. Also Read – Sanjay Manjrekar Names Jason Holder or Mujeeb ur Rahman as David Warner’s Replacement Ahead of RR vs SRH IPL 2021 Game 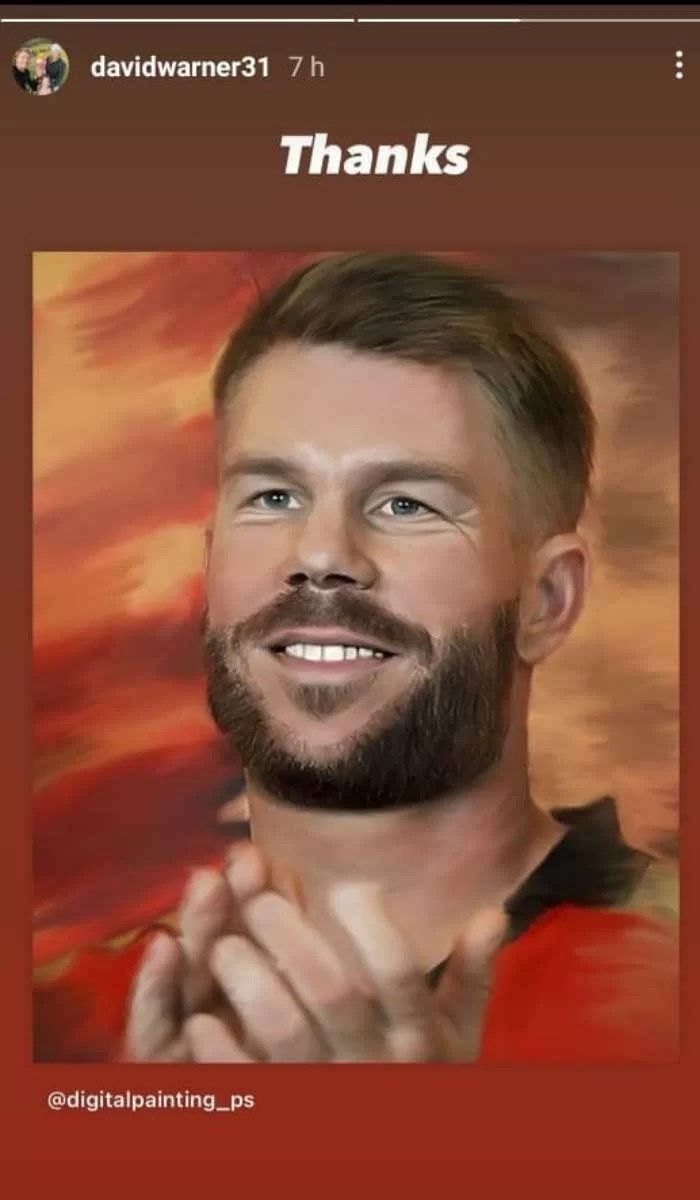 SRH said in its media release, “Sunrisers Hyderabad would like to announce that Kane Williamson will be taking over the captaincy for tomorrow’s match and for the remainder of IPL 2021. The team management has also made the decision that they will be changing their overseas combination for tomorrow’s match against Rajasthan Royals”.

Warner happens to be one of the top batsmen in the league. He has been the key for SRH over the last few seasons and hence it would be interesting to see how the side copes with him at the helm.

SRH would hope a change of captain would bring about a change of fortunes for the side. They need to start winning to keep their playoff hopes alive.

They are currently placed at the bottom of the table with a solitary win in six games.