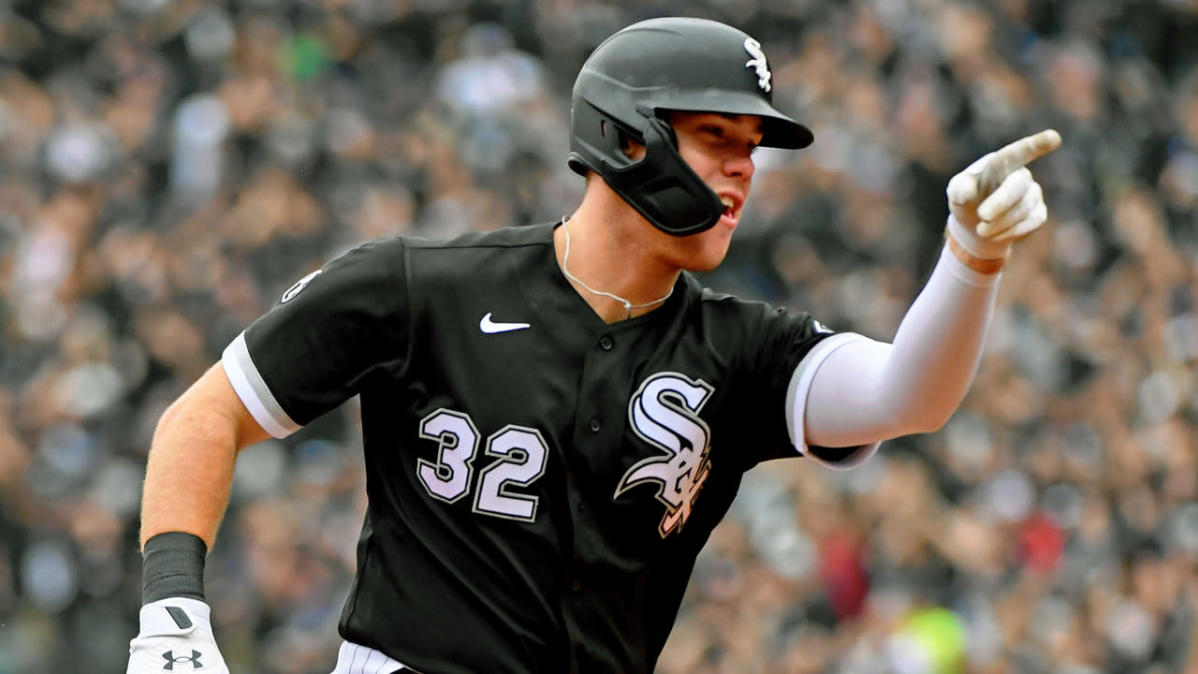 They’ll likely be seeing it for years to come, too.

It took Nick Madrigal and Codi Heuer to pry Craig Kimbrel loose from the Chicago Cubs in that big deadline deal, one that even though it did not work seemed at the time to be worth the hefty price tag. Months earlier, Dane Dunning went the other way in the deal that landed Lance Lynn. For a World Series contender to bring in the kinds of pieces it takes to chase down a championship, promising youngsters are the typical toll.

White Sox fans might be pulling their collective hair out at the fact that the failed Kimbrel acquisition means this winter the team is in dire need of a second baseman. But that’s what should be at the tippy top of Rick Hahn’s to-do list once the lockout is over and baseball’s offseason — no matter how briefly before the beginning of spring training — can resume.

As examined previously, the seemingly best way for the White Sox to plug that hole at second with an impact player would be via trade. And even though second base is at the top of the list, Hahn could explore plenty of other trade scenarios in attempt to make a splash elsewhere on the roster, too. There’s an opportunity to add a big bat that plays right field. And despite a full five-man rotation, plenty of fans are hoping for another dominant arm to join the starting staff.

If the White Sox are going to do any of that, they’ll be forced into another situation where they’ll need to part with some young talent to upgrade for a run at the World Series.

So who is even available to part with at the moment? Let’s take a look.

He’s not young, but he holds the unusual distinction of being openly discussed as a trade candidate by his general manager, making a deal seem likely. It’s certainly a possibility that Kimbrel could net the White Sox a difference-maker. Even after his sour couple months with the White Sox, he figures to appeal to plenty of teams, especially those searching for a closer. His pre-trade numbers with the Cubs — a 0.49 ERA in 39 relief outings — were so good that Hahn shouldn’t have trouble finding an interested party. It’s just how much he can get in return after the somewhat spectacular failings Kimbrel experienced pitching in front of Liam Hendriks in 2021.

It seems highly unlikely the White Sox would trade Vaughn. He had a successful rookie season, he earns consistent rave reviews from team brass, his surprising versatility gives the White Sox a great luxury, and he’s a huge part of their plans in 2022 and beyond. But we said a lot of the same stuff about Madrigal. Hahn’s deadline splash backed up his repeated insistence that he never takes anything off the table, parting with a player who despite a season-ending injury was his starting second baseman and looked to be that for a long, long time. Vaughn comes with what’s expected to be a higher offensive ceiling, of course. But that’s the kind of thing that can land an All Star in a trade. No one’s suggesting Vaughn is going anywhere, but Madrigal’s a Cub now, something we would’ve thought impossible at this time last year.

Sheets and Vaughn were rookies last season, getting their first taste of the major leagues, so it shouldn’t be expected that the numbers they put up in 2021 will be replicated in 2022 and beyond. But while they each had their struggles, they combined to form a wildly fearsome power hitter. Vaughn dominated left-handed pitching, with a .938 OPS against them, while Sheets crushed righties to the tune of a .900 OPS. Keeping them both as a platoon at DH or in right or wherever for 2022 wouldn’t be a bad thing for the White Sox. But Sheets could also be among the players who draw interest in trade conversations, that left-handed pop a valuable thing — he had four hits in three playoff games. The obvious downside of parting with Sheets? He could blossom into the kind of impact guy the White Sox are looking for, especially as time goes on and more opportunity opens up at first base or in right field or at DH. But remember, it’s winning time on the South Side right now.

The White Sox are still figuring out how they’ll use Crochet, the 2020 first-rounder who rocketed to the big leagues, in 2022. Given the exodus out of the major league bullpen, they might be best off keeping him there instead of adding to the relief-corps overhaul. But they eye him as a long-term starter, not that there’s room for him there at the moment. Crochet could very well join Lucas Giolito, Dylan Cease and Michael Kopech as the rotation of the near future, once veterans like Dallas Keuchel and Lynn eventually move on. But he’s also got enough upside that he could pry a big piece away from another team looking to install a lanky lefty — remember the draft-night Chris Sale comps? — in its own rotation of the future.

The minor leagues are no longer the must-follow thing they were for White Sox fans during the rebuilding years. But while there is a shortage of top-flight names like Kopech, Eloy Jiménez and Luis Robert, the cupboard isn’t exactly bare. Kelley is one of the more enticing names for teams who might be asked what it will take to part with an impact big leaguer. Not enough to build a package around by himself, perhaps, but folks were thrilled when the White Sox landed Kelley, an exciting high school pitcher, in the second round of the 2020 draft. That thrill could extend to prospective trade partners, too.

Burger’s been through a lot and endeared himself to White Sox fans in the process. There doesn’t seem to be a ton of opportunity at the big league level for the former first-rounder, what with Yoán Moncada entrenched at third. Burger played second base in the minors last season, but even after Madrigal went down, the White Sox didn’t seem keen on throwing Burger out there as the everyday starter in the thick of a playoff chase, eventually trading for stopgap César Hernández. But he’s still ranked as the organization’s No. 3 prospect, backed up by a great return-to-action year at Triple-A Charlotte. Burger could definitely get a shot as a reserve at the big league level, but maybe the best way to solve the second-base problem isn’t to put Burger there but use him to bring in someone else?

The White Sox are in win-now mode, and though Hahn has remained committed to ensuring long-term success, the contention window is open now. So someone with a projected major league arrival date of 2025 might be relatively expendable as the White Sox chase a championship in the present. Montgomery was the team’s first-round pick in last summer’s draft, a high school shortstop who has rocketed to the top of the organization’s prospect rankings. He’s a lefty bat, just 19 years old and gets compared to Corey Seager — not to mention that Tony La Russa likes what he sees. Sounds like he would look good in a White Sox uniform half a decade from now. But that same appeal could allow Hahn to land the pieces he needs for modern-day title pursuits. No one should envy making that kind of decision — trading away teenage shortstops hasn’t gone the White Sox’ way of late — but such is life in the middle of a contention window.

Like Burger and Sheets were drafted in the first and second rounds to be fixtures on the dream infield of the future, the White Sox might be employing a similar strategy with Montgomery and Kath, the latter a shortstop-turned-third baseman picked out of high school in the second round of last summer’s draft. Kath is already the No. 4 prospect in the organization, ranked three spots behind Montgomery, and though guys named Moncada and Tim Anderson, hardly over-the-hill vets, will probably have something to say about how long a climb to the majors will last for Montgomery and Kath, there’s plenty of promise there — enough of it that the winning-time factors that apply to Montgomery could also apply to Kath in Hahn’s trade conversations.

It doesn’t seem likely the White Sox would shell out a couple million bucks to land the top player in the 2021 international signing class only to trade him away. We’ll see if Céspedes can provide a right-field upgrade from inside the organization as soon as this year. Until then, though, perhaps only the “don’t take anything off the table” approach could provide a route to him being the trade piece that brings in an impact major league piece.

24 mins ago
“Sure, LeBron James has to get the most credit, but Kyrie averaged 27 in that finals and hit the dagger to secure the title” – Stephen A. Smith supports Kyrie Irving for response to heckling Cleveland Cavaliers fan
3 min read 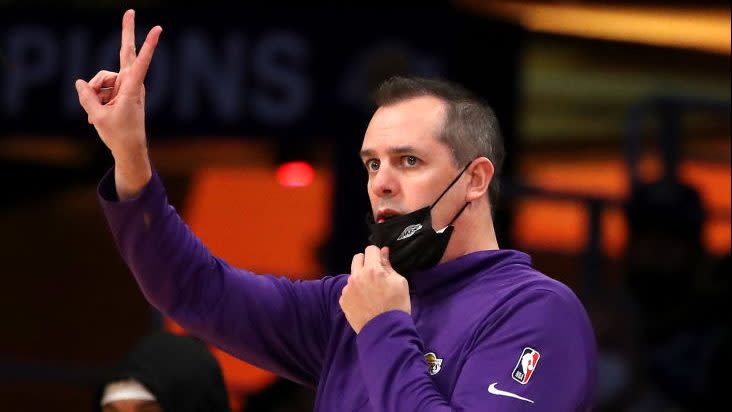 24 mins ago
“Sure, LeBron James has to get the most credit, but Kyrie averaged 27 in that finals and hit the dagger to secure the title” – Stephen A. Smith supports Kyrie Irving for response to heckling Cleveland Cavaliers fan
3 min read

1 hour ago
Parineeti Chopra shares best advice Priyanka Chopra gave her: ‘You have the privilege of people’s expectations’
2 min read

Parineeti Chopra shares best advice Priyanka Chopra gave her: ‘You have the privilege of people’s expectations’

3 hours ago
Jim Cramer, who once saw oil stocks as uninvestable, explains why he changed his mind
2 min read

Jim Cramer, who once saw oil stocks as uninvestable, explains why he changed his mind