Stellar (XLM) has outperformed the market in the past 24 hours as it made close to 30% gains. This push towards the upside allowed it to overtake both Chainlink (LINK) and Binance Coin (BNB) in market capitalization, and reenter the market cap top10 yet again.

The most recent spike also broke the descending retracement channel created on 7 January after Stellar’s failed attempt of breaking the $0.417 level.

Are you looking for fast-news, hot-tips and market analysis?

Stellar currently has great fundamentals, both because of its overall development and because of its adoption. The cryptocurrency is a direct competitor to XRP, which got annihilated by the SEC lawsuit announcement. This, in turn, gave some space for Stellar to show its strengths, which they used to a great extent. The news that Stellar Development Foundation signed a contract with the country of Ukraine to facilitate the creation of their own central bank digital currency (CBDC) brought gains of over 235% to XLM/USD in a matter of days.

Stellar’s overall outlook is mostly bullish due to its fundamentals, while its short-term outlook may be a bit more bearish.  XLM managed to score a weekly loss of 12.30%. When compared to other cryptocurrencies, BTC scored a loss of 10.11%, while ETH managed to lose 11.27% over the same period.

At the time of writing, XLM is trading for $0.285, which represents a price increase of 69.54% when compared to the previous month’s value.

Stellar Lumens (XLM) has had a giant move in late December, which was followed by a healthy retracement. This time, the move was even sharper, as the cryptocurrency gained 236.04% in a matter of days. XLM/USD created a new retracement channel after hitting the high of $0.4168, which lasted until today. XLM/USD is currently stationed just under the $0.3 mark, but the outlook is slightly bearish in the short-term despite the 30% daily gains.  It’s important to note that Stellar found a strong support level in both the 21-day moving average and the zone around $0.2. 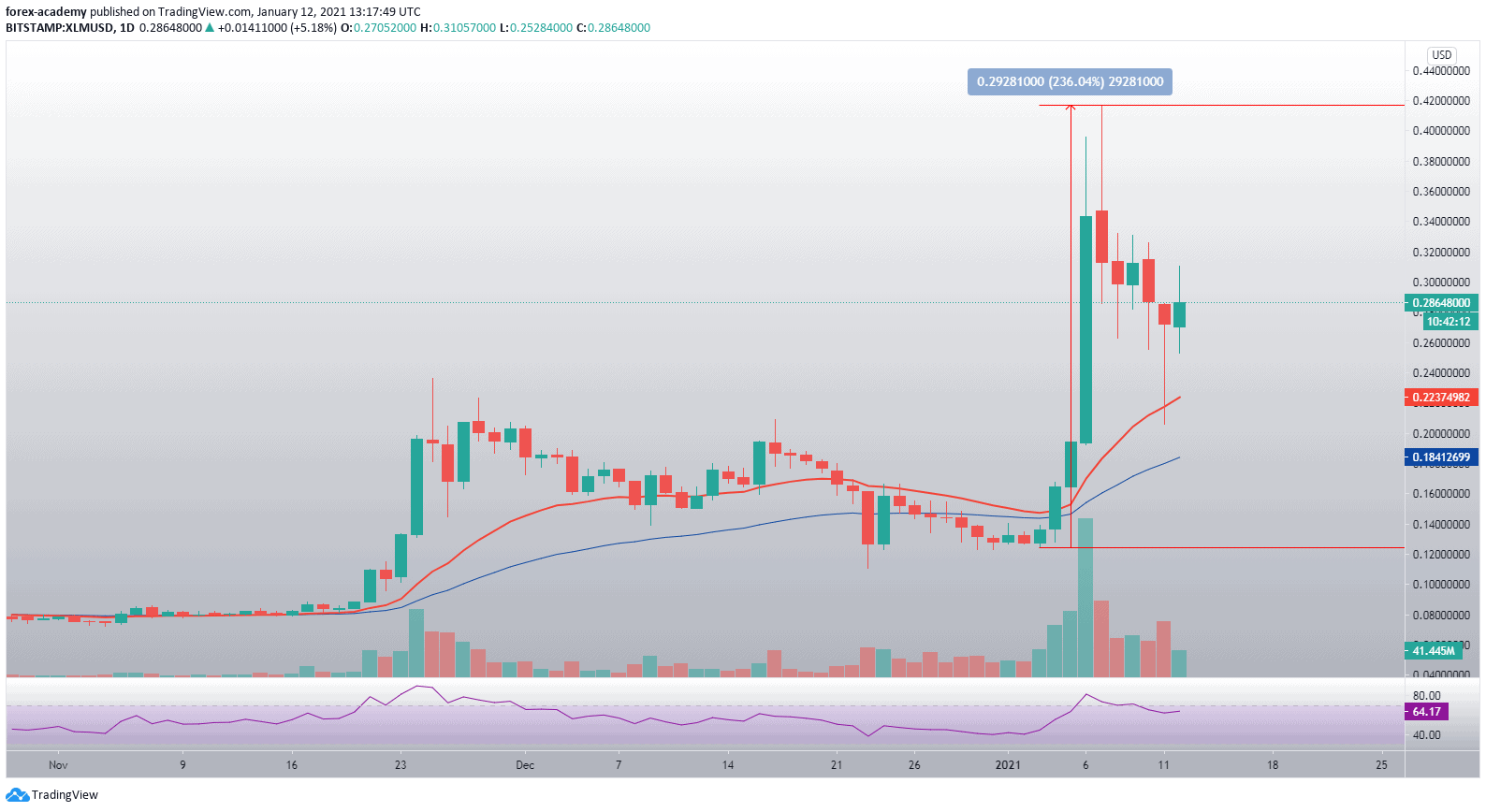 XLM faces a very dense zone of resistance above the $0.3 level, while its support is backed by the 21-day moving average, 21-hour and 50-hour moving averages, as well as the zone around $0.2.

XLM’s RSI on the daily time-frame has just scratched the overbought area before starting to descend. Its RSI currently has a value of 64.17. 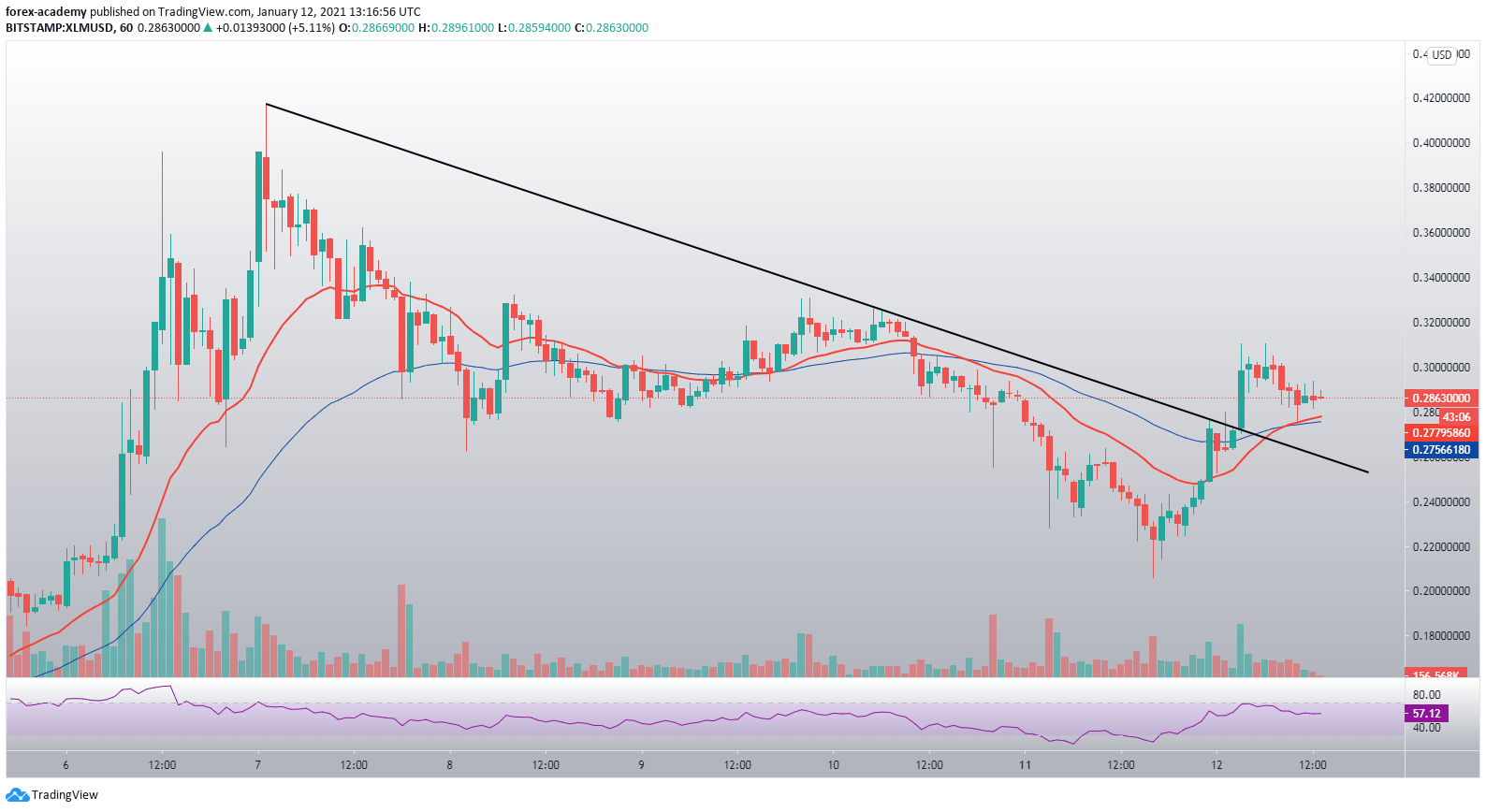 XLM’s hourly time-frame shows us how the cryptocurrency has broken the descending trend with confidence. However, the most likely scenario is that its price will try to move to the downside, testing the 21-hour and 50-hour moving averages before ultimately deciding whether it will test the $0.3 area or attempt a return to the descending channel.